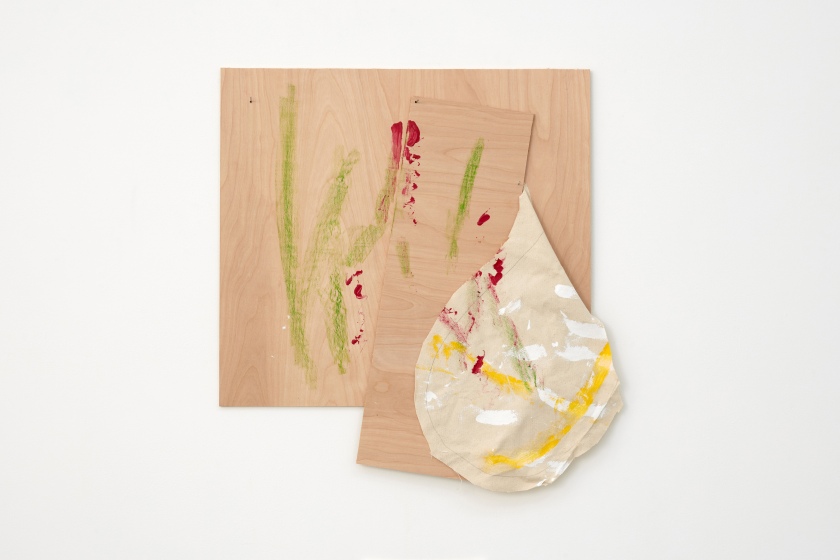 There was a time when Richard Tuttle’s understated assemblages were considered by some commentators to be so insubstantial as to be an affront even to minimalism. Better to be made of nothing at all than to be made of almost nothing, they might have said. It might have been the almost-there fragility of his assemblages to which they took exception, cobbled together as they seemed to be, out of the most commonplace craft materials such as string, glue, fabric, scraps of timber, and acrylic paint. At a time when minimalist art was predominantly the slick, machine-made product of an extended process of intellectual refinement, Tuttle’s unkempt art school project rejects seemed outrageously unsophisticated and unfinished.

But Tuttle’s work has outlasted the exhausting exaggerations of the greater portion of minimalist and conceptual art, with their shared requirement that we place our very human instinct towards sensuality, visual stimulus, and the imperfect edge on hold in the service of a cold idea. And yet I reflexively use the word minimal to describe the economy with which Tuttle uses his very mundane materials. His work is sometimes shockingly reduced in its construction; barely applied paint marks on unprepared offcuts of timber, fabric, and paper, balancing against panel pins or dangling from a length of twine. Tuttle’s minimalism is difficult to pull off, relying as it does on the ability to exploit that energy which is produced at the very beginning of the process of making something. Where most artists would keep adding layer upon layer, reworking and transforming, Tuttle appears to say – That’s enough – repeatedly with each component he adds to his constructions. 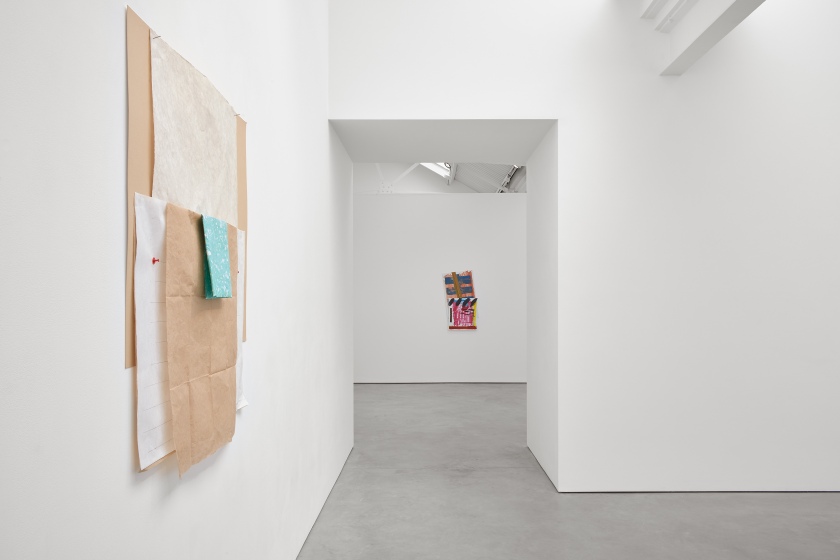 It can be slightly confusing to talk about Tuttle’s work in relation to, or indeed in opposition to, either minimalism or conceptual art. This reflex of association arises from the fact that Tuttle emerged onto the art scene while these two movements were in full swing. When looking at the assemblages the artist has been producing consistently for decades, it is more useful to go further back in time to find an aesthetic with which Tuttle might share artistic territory. The delicate collages of Olga Rozanova from around 1916, or Kurt Schwitters’ assemblages of the same period, demonstrate equally well what can be done with so little. The work in Tuttle’s recent show at Modern Art in London was visually denser than much of the artist’s previous work, with more emphatic marks and busier surfaces, but still with his trademark lyrical economy.

Lyricism in language and the economy of poetry, have also been of importance to Tuttle’s art. Married to the poet Mei-mei Berssenbrugge, Tuttle has collaborated with writers and other visual artists in the past on text-based works – but strangely, he sees the processes of writing and making artwork as two entirely distinct, even incompatible disciplines. The thought processes involved in producing one would be of limited use in the service of the other, according to the artist. What is common to both a certain type of poetry and Tuttle’s constructions however, is economy of expression. Poetry lends itself to this kind of reduction – the careful arrangement of words, with an allowance for their power to imply or to signify multiple things in the world, resonating with our memories and experiences. To speak about poetry in this way may be to risk a claim of something intangible in language. And to claim a lyricism running through both art forms can threaten to send us into the nebulous category of spiritualism. But when an artwork is so reduced, it is understandable that we start to draw on our reserves of memory and association.

Tuttle’s constructions are disarming in their simplicity; like a throw-away remark that has long-lasting consequences. And their lyricism is undeniable. They are beautiful statements in paint, paper, and fabric, with all the intangible associations an artist might care to risk.