The banner image for theglazelondon might not be the most arresting one to use to brand a website devoted to visual art, but I chose it because it is a photograph of one of the few public art projects by the great Abstract Expressionist painter Hans Hofmann, and for the fact that so many people walk past it every day without realizing the significance of the artist behind it. 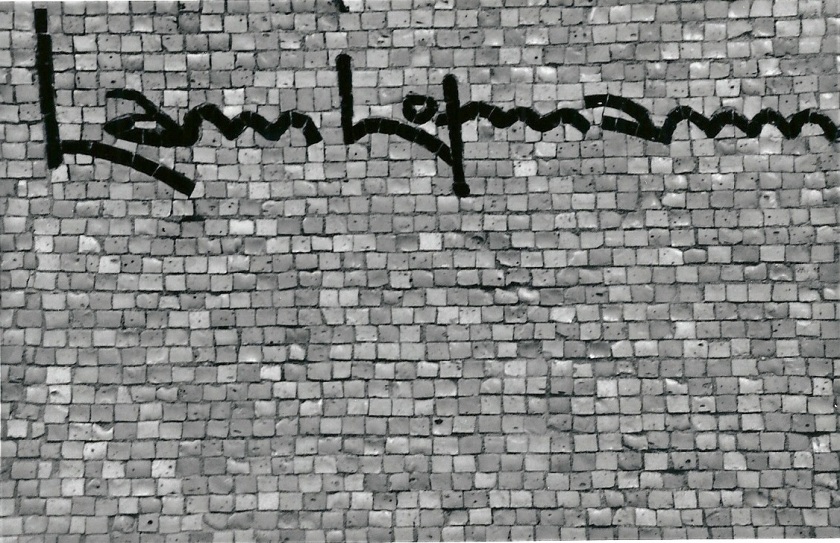 I took the photograph in April 1999 – the same month that I first saw Hofmann’s paintings in the flesh at the Metropolitan Museum of Art. The two visits – first to the Met to see the paintings, then to West 49th Street to see the mural – constituted, as much as I am comfortable calling it such, a kind of pilgrimage. Hofmann’s position in 20th century American art, and the story of Abstract Expressionism specifically, has always seemed to me to be more peripheral than it ought to be. At about the same time that I was looking at his work in New York, I had been reading a lot of what has been written about Hofmann, and of course the artist’s own writings on art. Hofmann was one of the most respected and vocal teachers of the time; a fact which may have contributed to the diminution of his reputation as a serious force in the community of his painter peers.

Hofmann’s thoughts on painting were quite well formed even before he moved permanently to America from Germany in 1932. And it is not so much his having such a direct connection to European Modernism that made his work difficult to incorporate smoothly into the emergent critical space of Ab Ex, so much as the fact that Hofmann attached to his work, so vocally and with such conviction, unfashionable interpretations of what he was doing. The story of American Painting in the 1950s is very much owned by the critics who made the work visible and not by the artists.

At its heart, Hans Hofmann’s art was about pure visual sensation, the way color and form operate, interact, and the effect this has on the viewer, at first optically, but ultimately on a more subjective level. I like the fact that Hofmann has never been a household name, even in certain houses whose walls are lined with art books. For painters however, every square inch of his canvases is an object lesson in getting on with the job, and enjoying it in the process.

Walls of Color; The Murals of Hans Hofmann at Bruce Museum