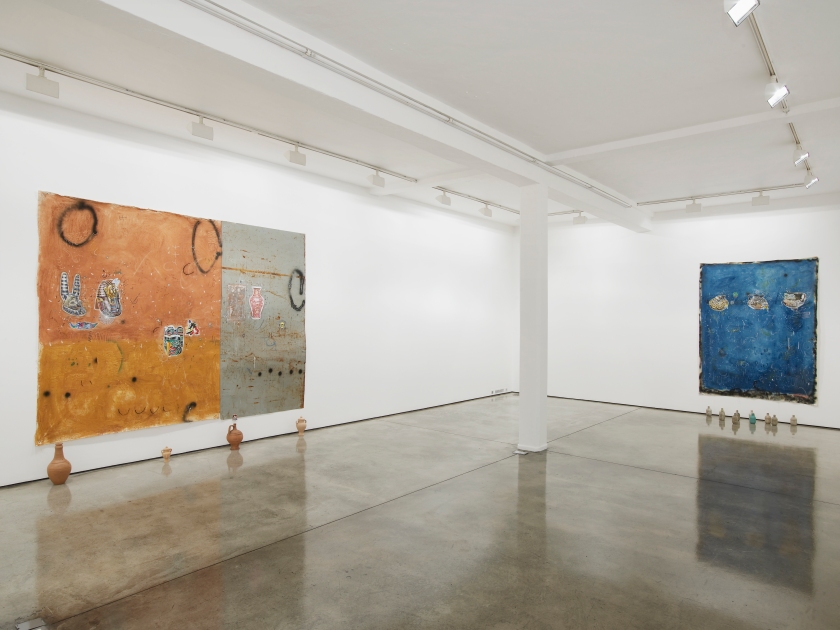 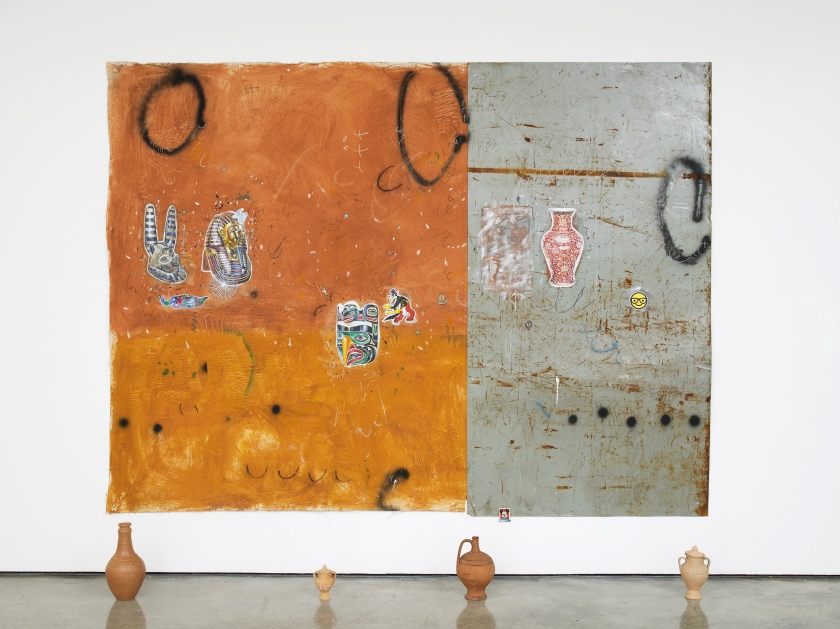 Pjota speaks of the legacies of colonialism and social and political issues in Brazil being key concerns for him when he approaches making his work. But the final effect is mercifully short on historical critique or explicit social commentary. These elements, in so far as they appear to any recognisable degree, take equal prominence amongst what initially appear to be incidental marks, scratches, doodles, text, fridge magnets and painted imagery. The juxtapositions; a smiley face next to a traditional hand-painted pot, or carved tribal statuary next to Darth Vader’s mask, might seem to suggest the emergence of a fully formed critique. The associations however, are left hovering in the abstracted space of the painted, or marked, surface. END_OF_DOCUMENT_TOKEN_TO_BE_REPLACED